What to study and how to study it. 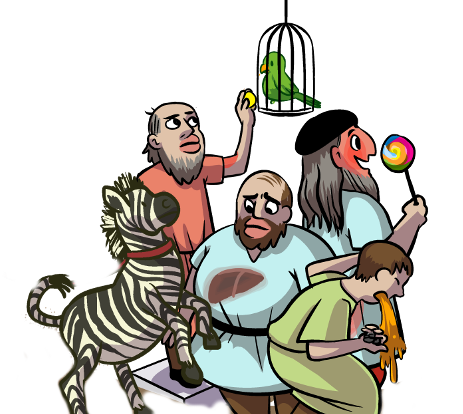 I’ve written elsewhere about studying and Step 1 strategy. Here are some lessons I learned while preparing for Step 2.

Don’t read too much into things. They will give you all the relevant positives and negatives. If a finding is not present and you know it’s critical, then that’s probably a clue. Don’t assume anything that’s not written. There is no wasted sentence.

Syndromes. Given all the positive symptoms, does it resemble a syndrome? When you feel overwhelmed because a question listed a bunch of findings, take a step back and just look at the dominant positive symptoms. Do those add up to anything found among the answer choices?

Question stems. These are important clues that frame how you should triage the answers. “Most common cause…” there may be multiple possible but less likely distractors. “Next step…” or “Initial management” Patient has a lump in their thyroid. Yes it might be cancer and might have metastasized, but before you order that full body PET scan, do a needle aspiration to first diagnose it.

Dominant symptoms. What’s the chief complaint? Never forget that and don’t get distracted by minor symptoms four sentences in.

First pass: topical. While you went through your clerkship rotations, you likely already did select UWorld questions. Now as you begin your dedicated study time, start by creating blocks all from the same topic, eg. Surgery, Medicine/Renal, Micro. The purpose is so in the same stream of questions you will keep hitting the same topics and start to see the similarities and clues. You’ll keep reinforcing things. After you’ve completed the question bank this way, then start doing random. If you had started random, it would have felt like you were getting punched from a dozen directions at once, and you’ll retain less. The goal at this stage is not to simulate test day; the goal is to learn.

Prioritize your weaknesses. Go where the money is at. Given any UWorld performance data you gathered while going through clerkships, first do questions on your weakest areas. Keep going until you’ve completed the qbank.

Second pass: random. Now that you’ve completed all questions once during clerkships and the start of this dedicated period, you should now begin random blocks.

Surgical sub-intern // How to write a systematic review and meta-analysis // How to be a good sub-intern // Clerkships // USMLE Step 1 // Memorize Anything // Med School Study Strategy // Med School Resources // Tactical Test-Taking Strategies // Grad School: What I Wish I Did // Top Students: What do they do differently? // What drugs are you on? // Free medical dictionary for Microsoft Office